The voting for iDate awards finalists 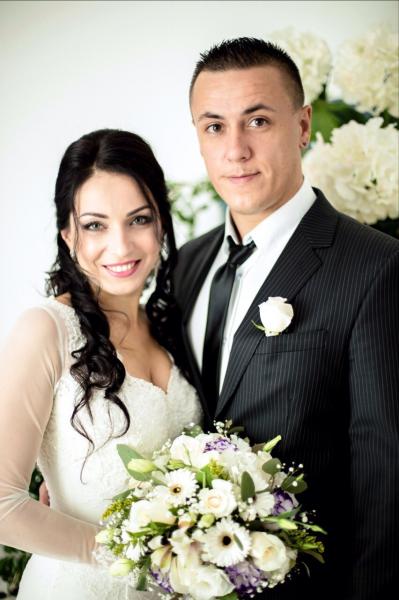 The correspondence with Oksana was not long before Cyril decided to come to Ukraine. He was planning to meet several ladies except Oksana who was on top of his list. After the very first meeting Cyril understood that no other ladies interest him as Oksana was the one he was searching for! Young people talked a lot, rode in a carriage, danced slow dances and spent wonderful time together.

When Cyril left, he paid for the French language lessons for Oksana. He wanted her to start speaking French, but it was not an easy task at the beginning.

Quite soon Oksana went to visit France. Luckily Cyril had some friends who spoke Russian there, so they helped Oksana to learn the language.

In autumn the same year Cyril came to Ukraine again with an engagement ring and proposed to Oksana! They had a nuptial ceremony in Ukraine, then after all the necessary documents were ready, they moved to France and had an even bigger ceremony there. They were so happy to celebrate Christmas and New Year as a family!

We celebrate our 21st birthday!

Search for ladies with PROMO and save 50% on communication!