For already several decades men from all over the world have been eager to create a family with a Slavic girl. The reason is not only the unique beauty of these women but a whole complex of wonderful features that make them wanted. If you think about choosing an ideal partner for life, this article will help you to understand, what is so special about Russian, Ukrainian, and Belorussian women.

In the Article "Ukrainian Genetic Traits"

Despite the fact that all Slavic women are genetically alike, all of them possess some typical traits common to their compatriots.

Anthropological type of Ukrainians: Appearance and Character of the Nation

With the help of anthropologists and psychologists, it is possible to identify seven main types of the appearance of Ukrainians and find out what character traits they have. Ukrainians, as an ethnic group, belong to the East Slavic ethnos and form the indigenous and major Ukraine population. The genesis of Ukrainian folks began on the land of present Ukraine and the lands around Belarus, Moldova, Russia, Poland, Romania, Hungary. Until the 20th century, Ukrainian people were also called Rus, Rusyns, Cossacks, Cherkassians, and Little Russians.
The population of Ukrainians is about 46 million. 37 million Ukrainians of them stay in Ukraine, and the others in other countries. Most of the Ukrainians can speak freely and communicate in the Ukrainian language (a group of East Slavic languages). The majority of Ukrainians are Orthodox Christians, a smaller percentage are Catholics.

Typical Ukrainians are broad-faced and dark-eyed

When describing Ukrainians, they often resort to the old habitual stereotype — "black eyebrows, brown eyes." But if you look closely, this cliché has long become outdated: among our Ukrainians, there are fair-haired and dark-haired, brown-eyed and light-eyed representatives of the Ukrainian lands. With the help of anthropologists and psychologists, seven main types of the appearance of Ukrainians were identified.

As explained by the Doctor of Historical Sciences with a degree in Ethnology and Anthropology, a leading researcher at the Institute of Ethnology of the National Academy of Sciences of Ukraine Serhiy Segeda, globally all variants of Ukrainian appearance belong to one large anthropological type, which is already divided into several variants.

The general type is very clearly expressed against the background of European peoples and is called "Central Ukrainian", "Ukrainian" or "Dnieper".

But it is means the same typical appearance:

Such features are characteristic of 60-70% of the inhabitants of Ukraine. Nevertheless, in this general type, there are different "shades" of Ukrainians, the clear boundaries of which have long since been erased.

Both weather conditions and the geography of the area are affected here. For example, a lot of sun and heat make locals happier and more emotional in the south. But the inhabitants of steppe Ukraine are easy to change and tend to move because of living on the plains, where there are no natural obstacles. If we take the inhabitants of Western Ukraine, we can say that they are more hardened and stable. The mountainous terrain forms their intransigence and a keen sense of justice. But Ukrainians from the north (or Middle Ukraine - Kyiv area) are considered more gloomy, rational, and skeptical because of the cold climate.

The standard Ukrainian differs from the Russian in the color of the skin, hair, and eyes — he is a dark-skinned brunette with regular facial features and brown eyes. A snub nose turned out to be absolutely uncharacteristic for the Eastern Slav (found only in 7% of Russians and Ukrainians), this feature is more typical for Germans (25%). 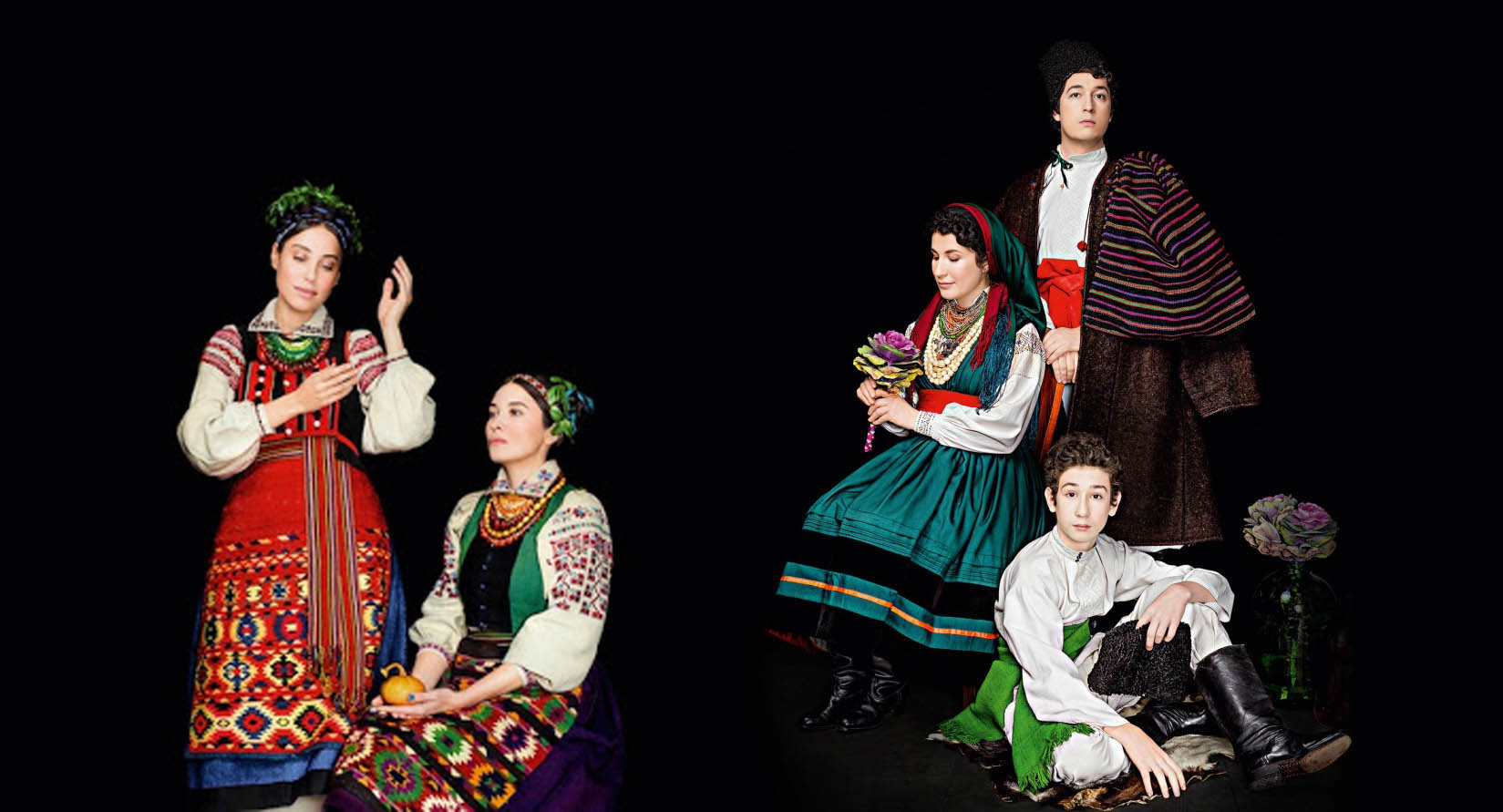 Ukrainian women are more reserved, flexible, and patient in comparison to other Slavic women. They manage to keep calm in stressful situations, but Ukrainian ladies are not able to forgive a lot of flaws to their men. Being in the second role in a family is not natural for them.
Just as a person has a mother, a father, a grandfather, a great-grandfather, so people have ancestors who to one degree or another joined the formation of their ethnocultural and genome. However, the biography of a person begins with its birth, not with the great-grandfather, grandfather, or father's biography. And the existence of the people has a specific beginning, which is mistakenly attributed to the birth of ancestors. In the ethnoculture of Ukrainians, there are elements that came from the Balts, Germans, Scythians, Sarmatians, Trypillians, and many other peoples who lived on their territory in ancient times. However, the Ukrainian ethnos was not born when the Trypillia (hut-mazanka, the cult of the celestial serpent or bull) or Scythian (mentioned Iranian deities or fricative "g") segments of its ethnoculture were born, but when they merged into a single and unique Ukrainian national culture. 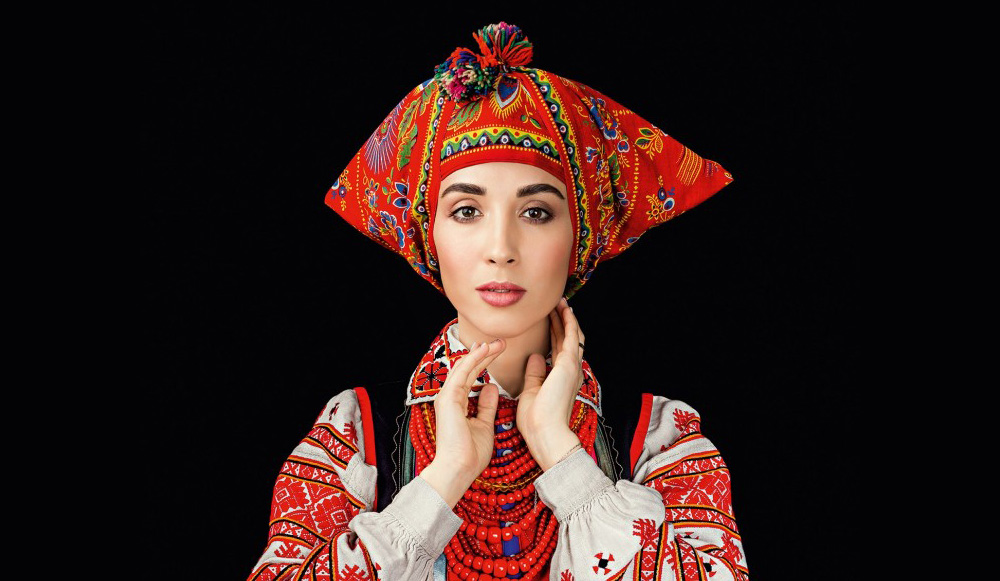 Ukrainian women have a more disobedient, obstinate, and freedom-loving character. This is due to their southern origin together with a strong influence of the former cult of Mother Goddess. Rich national traditions have definitely left their influence. They can easily communicate on any topic a man suggests. They are used to being in equal roles with men. Ukrainian beauties have an all-around education and can give advice on different spheres of life. Foreigners say that they are kind women, caring mothers, and passionate lovers.

Belorussian women are mostly blond, soft, a bit naive, and non-conflict. At the same time, they possess the willpower, determination, and energy to fulfill their life goals. They are subtle natures, sensual, spiritually rich, and very intelligent. Men value their ability to take measured decisions.

What Do Slavic Women Have in Common?

Well-known is the fact that Slavic women are more family-oriented than all the others around the world. Nevertheless, some character peculiarities may be noticeable due to living conditions. For example, ladies from big cities strive to reach their career goals more often than the ones from towns and villages. Those women, who lived in a big family (which was quite popular in former times) are more friendly and generous. But still, a cozy home, well-prepared delicious dinner, and family members gathered together — is a true paradise for all the Slavic ladies!

Slavic women are overall concerned about cooking and creating coziness in their house. Their skills are great, and they may surprise guests with delicious dishes as well as with hospitality. Though all cultures have rich national cuisine, you will be astonished to find hundreds of recipes in cookbooks of the Slavic brides. A recipe book has always been considered a great gift for a Slavic girl, especially if created by her grandmother!)

Who Will be Better Life Partner?

Despite the different behavior and characters, women from Ukraine, Russia, and Belorussia remain in top positions as life partners. One thing is out of the question – Slavic women make wonderful spouses and mothers. Of course, there can be no universal advice when it goes to the choice of a partner for marriage. Only your heart, life experience, and ability to compromise will tell you whether you will be compatible with a woman of your choice.

Remember, that the SlavicGirl dating agency team is always here to advise you and make your search for love as effective and convenient as it can be. We know how different this way to “happily ever after” can be! :) So, we wish you luck in finding your one and only!

Read our recommendations on how to choose the right lady 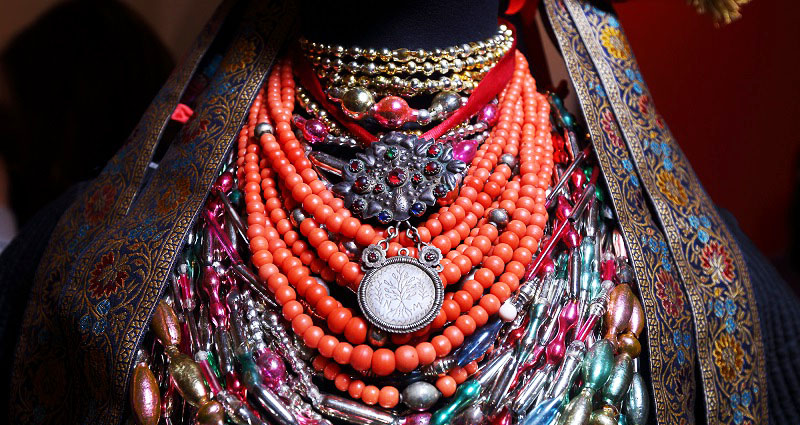 ❤️  What are Ukrainian Genetic Traits?

Celts. In every fifteenth Ukrainian, geneticists have discovered a chromosome that unites the modern population of the country with the Irish, British, and Scots. This means that every sixth person tested was a descendant of the Celts. Scandinavians. In the relevant sample of the project "DNA portrait of the nation", every sixth Ukrainian carries the Y-chromosome of the Scandinavian or Finnish peoples. Trypillia origin. According to the results of the study, the DNA of every fifth Ukrainian contains the haplogroup that scientists characterize as Trypillia. Aryans. Their chromosome is carried in different proportions by almost all Europeans, Russians, representatives of Indian and Iranian peoples.

❤️  What are the Genetic Traits of Ukrainian Women?

From the point of view of genetics, Ukrainian women inherited the genes of separate, even more, ancient people. Only Ukrainian women are indigenous to Ukraine. This feature of the DNA of Ukrainian women is explained by the fact that women did not take part in the wars of civilizations - they simply chose the winners.

❤️  What Race is Ukrainian?

According to the theory, the ethnic basis of Ukrainians was the population of the late Paleolithic, who lived in Ukraine. Russians and Belarusians had their own ethnic basis and their own territory of formation. Hrushevsky was the first to refute the idea of the so-called "single cradle" of the birth of three related Slavic peoples: Ukrainians, Russians, and Belarusians.

The general type is very clearly expressed against the background of European peoples and is called Central Ukrainian, Ukrainian or Dnieper. But they mean the same typical appearance: a round head shape, mostly dark eyes and hair, a relatively broad face, and a straight nose. Such features are characteristic of 60-70% of the country's inhabitants.
Tags: ukraine-tradition, ukraine-women
Share: