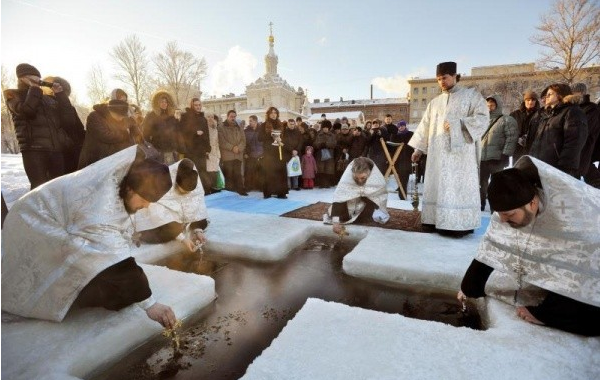 On the night of January, 18-19 the Orthodox Church celebrates one of the most important feasts - the Epiphany or Baptism of the Lord. According to the Bible exactly on this day Jesus Christ was baptized in the waters of the Jordan River. The Holy Scriptures say that God appeared on the earth at the moment of baptism. Therefore, the feast is also called the Epiphany. We want to share with you the traditions of the day that are kept in Ukraine.

Epiphany in Ukraine - Customs and Traditions of Epiphany Holiday

It is worth noting that many traditions on this day are connected with water. They say that on Epiphany it has a special power. Therefore, on January, 19 it is customary to say prayers while diving into freezing river water, almost naked. Dear men, on Epiphany day Ukrainian ladies, hope to get a proposal, as this is a favorable time for this.

You already know from our previous articles, that kutya is an important dish on the Orthodox Christmas holidays. On this day it is traditional to make a “hungry” kutya. It is called so because on this day you are not allowed to eat anything until the first star appears in the sky. And of course, it has to be the first dish on the festive table you try.

Fortune telling has also been popular among the youth for many centuries. Here are the most interesting divination ways.

If a girl comes across a ring that she brought or which she liked, this is a good sign - the implementation of the plan. And if she doesn’t get any ring, then this year changes are not waiting for her.

This holiday is gladly celebrated by the citizens of Mykolaiv. They gather on an embankment at the end of the main street to go into the river water just as Christ did. They say that on Epiphany it is not possible to get sick after such a bath, no matter how cold the water is!

In this video, you may see how people dive into the ice-holes to follow the custom and to become healthier. Ukrainian women from Mykolaiv are also brave enough to keep this tradition! Would you like to take part in such a trial? Tell us in commentaries!

Don’t forget to ask a Ukrainian girl in a chat while Ukrainian Dating Online about whether she will take part in the ritual this year. She will be pleased that you know Ukrainian Orthodox traditions. Moreover, you may ask her whether she divined and got to know your name on an apple :) You may also choose a gift for your lady on our site. 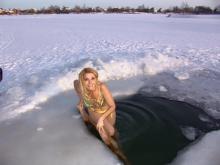 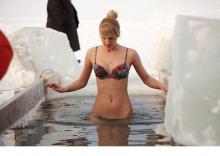