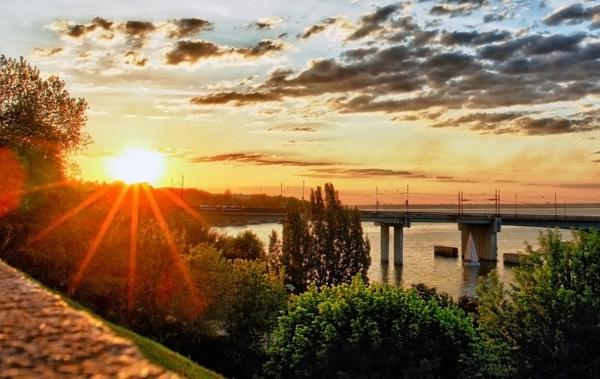 It is no secret that the head office of the Slavic Girl Dating Agency is situated in the southern part of Ukraine in a city called Mykolaiv (Nikolaev in Russian transcription). Have you heard that the second name of it is "the city of beauties"? If not, I invite you to get acquainted with this remarkable city.

Historical Background of the Nikolaev

In ancient times the major trade routes were crossing the region of modern Mykolaiv. When the duke Potiomkin discovered this strategically vital territory, he decided to found a city here. The name of the city was given by Saint Nicholas who was the patron of travelers and traders. Mykolaiv became an important shipbuilding knot and many workers came here from the distant corners of the country. As most of them were bachelors, the government ordered to bring women here to boost the development and settlement of the region. Hundreds of young unmarried women were brought to Mykolaiv and created families with the locals.

So, what is remarkable about this southern city? Though people here celebrate the foundation of Nikolaev in 1789, the settlements on its territory are date back to XII-XIII BC. 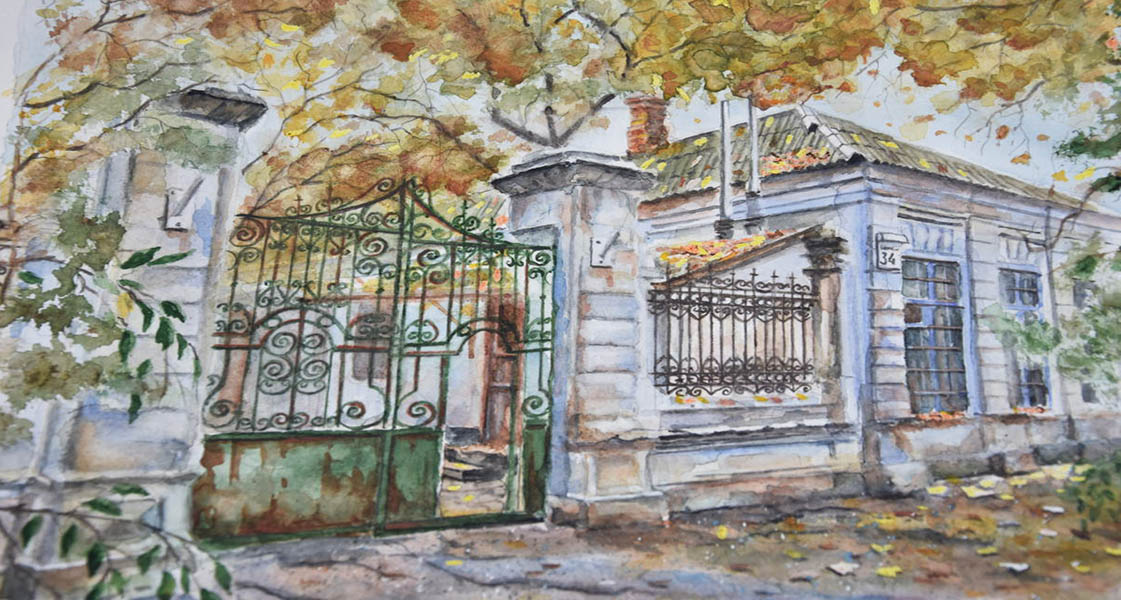 What about modern life in Mykolayiv? Well, it is easy to find your way in the city. The streets are wide, straight and navigation is very simple — everything is parallel and perpendicular. Why? Because, unlike many cities, modern Mykolayiv was planned first and then built.

People say that Mykolaiv has a wonderfully calm life pace and a great atmosphere for romantic walks by the river and evenings in the cafes. It is very green in summer and magically golden red in autumn. If you ever decide to come to Mykolaiv to meet a lady, the following information about the interesting places to visit will be useful for you. In Mykolaiv, you will find redheaded ladies, brunette girls or blonde girls, girls with long hair. Feel free to start Ukrainian Dating online with so different and unique ladies from Mykolaiv! Just take a look at these gorgeous 30yo women, 35 yo, 40yo, 50yo, senior women, mature women, Christian women, Catholic women, single mums, etc.

The Biggest Zoo in Ukraine

Even if a lady has already been to the zoo a dozen times, she will not refuse to visit it once more) The territory is big and numerous attractions are available. Every season they bring some new animals and develop new areas for inhabitants. A vast number of mammals, birds, reptiles, fish, and rodents will amaze you by their behavior and fancy look. Recently the Mykolaiv Zoo was filled up with two giraffes and two elephants. They live in spacious enclosures and feel great. Of course, the most interesting period is when spring comes and many animals and birds like pink flamingos begin the courtship. Sometimes there are even small bears, hippos, and tigers born in our zoo! If you know that a Ukrainian lady loves fluffy cuties, then this place is a wonderful idea for a date with her :)

Romantic Evening in a Theater

Mykolaiv is a city where every person loving cultural events may find some attraction. Symphonic orchestra concerts, theater plays, jazz band performances, national dance festivals, social dance shows, and many others. If you decide to spend an evening with your lady and to please your taste for beauty, I suggest you choose one of our drama theaters to visit. Mykolayiv Academic Russian Drama Theater is a temple where one of the oldest Ukrainian theater collectives pleases the viewers since 1934. The second one — the Ukrainian Academic Theater of Drama and Musical Comedy is a place where you may see the performances based on Ukrainian national plays and novels. An evening in a theater will never leave you and your lady indifferent.

A river port has been operating on the territory of the modern 8 Berth since the late 1960s. And even earlier there was a navigating school and the Savior Admiralty. The renovated four-story building was built on the slope in 1980. Life was booming here — tens of thousands of people passed through the navigation period every year. From here, ships were flying to suburban cottages, and "Rockets" — high-speed passenger ships on hydrofoils went to Kherson and up the Southern Bug.

Thus, in the 1990s, river passenger traffic began to decrease rapidly with each passing year. Then the owner of the river station decided to give for rent empty premises. There was a restaurant for a while, later a billiard club and coffee shops opened on the other side of the station building.
In the early 2010s, this area became abandoned, littered, and even dangerous due to the lack of lighting and the presence of antisocial elements. The huge windows of the station were covered with bricks, the stairs on the descent to the water cracked and peeled, the metal fence disappeared.

In 2017, life began to revive here — the building was sold at an open auction and a team appeared, which decided to revive the area near the water. During 2018, the embankment was completely reconstructed — lighting was installed, the pedestrian zone and recreation area were rebuilt.
During the existence of the river port, this place had seven passenger berths, each performed its responsible transport mission. However, there were not enough creative ideas for a new name. This is how the name *8 Berth appeared — an aesthetic, creative, and gastronomic place for the residents of Mykolayiv. Since the eighth berth never existed, the asterisk symbol (or in other words the asterisk symbol) was added to the name, ie the symbol of the object.

Although the era of shipbuilding in the region has already passed, Mykolaiv is still a wonderful place for yachtsmen. A peaceful harbor and ideal conditions for training attract many people from the region to go yachting, kayaking, sailing, and kite surfing. An ideal romance date is to take your Ukraine lady for a yacht trip for two. Fruits, champagne, and different appetizers will make it even more pleasant. If you do not like an idea of a yacht trip, you may invite your beautiful Ukrainian Girl for a romantic boat trip with jazz or violin performers on board. These boats are doing trips from the seafront where the main street ends.

Quite Walk in the City Center of Nikolaev

If you have just come and haven’t seen much of the city yet, a good idea for a date is to walk in the city center. The main street of Mykolaiv is the longest pedestrian street in Ukraine. The main shops, restaurants, nightclubs, and galleries are situated there. You may find a place according to your taste.

If you need assistance with restaurant booking, buying the theater or concert tickets don’t hesitate to contact us. We would be pleased to make your dates romantic and unforgettable! Chat with your girl online about the dates that are suited for you both and do not hesitate to book your trip! 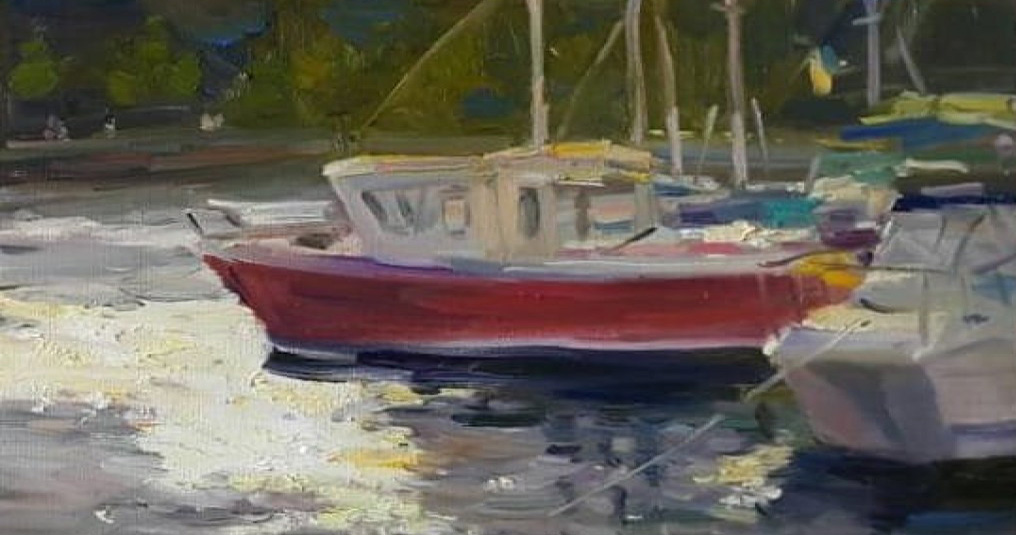