Join now Sign in
Why Choose Us > Dating Blog > Age Gap in Relationship. Does Age Difference Matter?
Dating Blog
Back to list 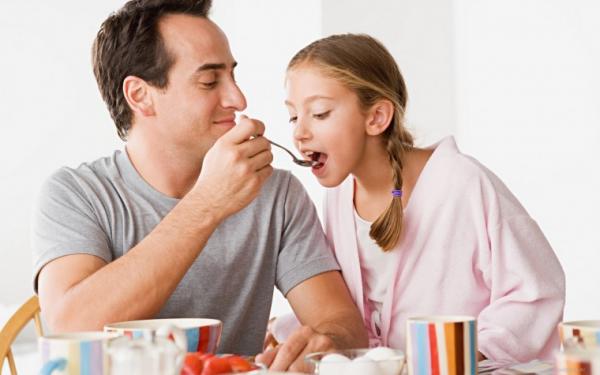 Youth is always associated with wonderful health, blossoming beauty, and an active lifestyle. It’s no wonder that these features attract men to disregarding their age. If you plan to bind your life with a wonderful young lady from another country, the cultural difference may be quite a task. If she is additionally much younger than you are, the obstacle may appear to be insurmountable. Let's name those difficulties that men usually meet when choosing to date and start a chat with a Ukrainian lady of a much younger age.

In the Article "Age Gapp in Relationship. Does Age Difference Matter?"

When it goes to marriage, romantic expectations of a couple with a huge age difference may break. Firstly, let’s define what age difference is meant here as ”huge”. The rich experience of the Slavic Women Dating Agency team shows that a gap of more than 15-18 years may lead to interpersonal conflicts and failed expectations in family life. Modern life pace is so fast that every 10 years customers’ needs change and markets must fit them. This is largely true about the life of people of different ages. To be together you need to understand very well what are the needs and desires of people of a certain age.

Does the age difference affect the relationship?

Yes and No. If the age difference between partners is within 16 years, such a relationship may well be successful and lasting - since both partners belong to the same generation. But the difference is higher - a potential time bomb because in this case, it will be more difficult to seek mutual understanding, even if everything was great at the beginning of the relationship. After all, a big age difference often means a different view of familiar things, as well as relationships. In addition, partners may have different expectations for each other.

However, a significant age difference between partners does not doom the marriage to failure - it just means that both will have to work harder to come to an agreement.
First of all, the emotional maturity of partners affects how harmoniously the relationship will develop, and it does not depend on the number in the passport. If two mature people who managed to realize themselves decided to unite in a pair, then, most likely, it is a real spiritual unity between, harmony, mutual understanding, and the ability to constructively resolve conflicts, support each other. In such a case, the age difference does not really matter.

However, let's consider the most typical points.

If a Husband is Much Older Than a Wife

In fact, this is a fairly traditional model of relationships that came from previous generations, when it was economically profitable for a young woman to marry a mature, wealthy man. Today, such marriages are also far from uncommon.

What pushes men, mostly over forty, who may have more than one marriage behind their backs, children, obligations, etc., to enter into a relationship with a younger woman? Love? It is quite possible ... But most likely the reason is much more prosaic.

If a Woman is Older Than a Man

Recently, there are more and more such families. Mostly these are marriages between already realized, self-sufficient, financially independent women and young men. Each of the partners has its own benefit in such a relationship.

You may have raised several children of your own and already enjoy being a grandfather. You love to spend evenings talking about country policy and currency rate with your grown-up child... At the same time, the lady who is 15-25 years younger than you is still definitely willing to experience her motherhood. She may also have her own small child of 5-7 years old from the previous marriage. Be sincere with yourself: do you have enough desire, strength, and patience to face it all from the very beginning?

Are Your Life Expectations the Same?

If you spent your whole life living on your own and have no children, it would be hard for you to understand a lady with kids. Ukrainian women are mostly very family-oriented. Even if a lady already has teenage or grown-up children, she will want to contact and support them all the time. Moreover, you choose a much younger lady, she may appear to be emotionally immature. In this case, you will have to play the double role of her father and of her partner at the same time. Be sincere with yourself whether you are ready for this. Keep in mind that girls from big cities: like girls from Kyiv, girls from Odesa, Kharkiv, Dnipro, or Poltava may be more demanding of their chosen one than ladies from small towns: like girls from Mykolaiv, or girls from Kherson.

How to Determine the Age Limits That are Acceptable in Our Society?

For example, let's take a person 40 years old and calculate for him/her partner's minimum and maximum age difference.
We use such formulas:

Every Cloud Has a Silver Lining

In conclusion, but not to offend anybody, let us give you a piece of advice. If you are really into a lady of a much younger age, ask her about her family. The story of her childhood and relations with her parents will give you a view of how she imagines her future relationship with her husband. Due to 20 years of experience with the Slavic Girl dating agency, all the aspects mentioned here are true for most couples. Surely, exceptions happen (and our agency witnessed such cases!) and you might be the one to break the rule! But from the very beginning of your search, I would recommend you to consider the ladies no younger than 15-18 years than you are. This will most likely lead to a “happily ever after” in your life :) In every case, follow your heart and be wise in your choice! :) And let the love stories of our clients inspire you!