Join now Sign in
Why Choose Us > Dating Blog > Ukrainian Christmas - Two dates, one Christmas
Dating Blog
Back to list 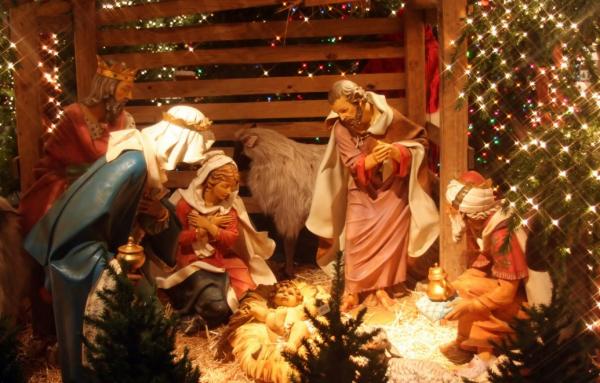 This year became a special one for Ukraine. For the first time since the country gained independence, Christmas is celebrated twice! We want to tell you more about this phenomenon and the reasons that caused it.

If you visit Ukraine at the beginning of the year, you may be confused by the fact that not only Christmas is celebrated here on a different day (January, 7th instead of December, 25th). Such term as “Old New Year” is also common and celebrated by many on January 14, in memory of the switch to the Gregorian calendar Ukraine made in 1918.

In fact, some parts of the Orthodox Church never adopted the new calendar. They still live by the older Julian one. That is why December, 25 is often called the Catholic Christmas in Ukraine. Professor of the Kiev Theological Academy archimandrite Sylvester tells that it is not right. “There is no such concept as Catholic Christmas or Protestant Christmas. There is one holiday, which Christian faiths celebrate according to different calendars.”

To understand the difference between the calendars see the picture enclosed. Will the changes remain?

When some new rules are provided in a state, society celebrates both dates at the beginning. After a while, the old tradition fades and the new one replaces it. However, the conservatives say that this would mean the disposal of the old, “initially” Ukrainian (and church) tradition which is unique to Ukraine, Belorussia, Moldova, and Albania.

Every holiday is an opportunity for all family members to get together. The modern world pace is so fast that every chance to visit relatives is valued by Ukrainian ladies. All the business tasks and personal meetings are put aside on these days to spend time with the kith and kin. And we think that the reason for this joyous occasion doesn’t really matter :)

What is your opinion about keeping holiday traditions with various calendars? When does your Slavic woman celebrate Christmas? Share with us in commentaries or try Ukrainian Dating Online and talk to girls to find out it by yourself! 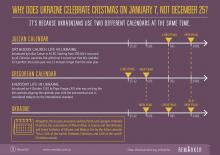