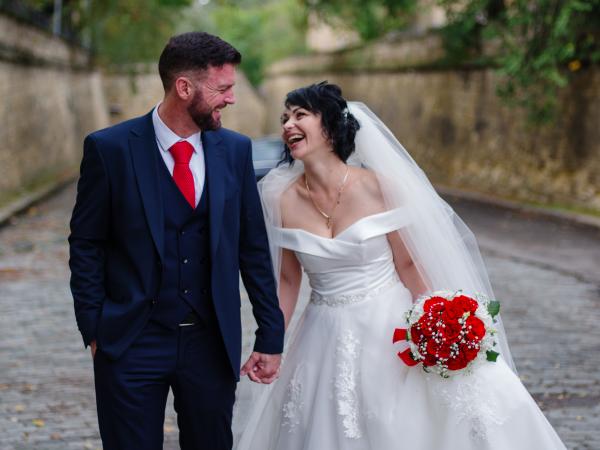 Love story of our newly-weds started in May 2020 when David wrote his first letter to Ioanna. They both were not very optimistic about Internet search. Ioanna’s mother works in the civil registry office of Mykolayiv and she witnessed the registration of marriage of several international couples who found each other with the help of SlavicGirl agency. So, that was her idea to advise Ioanna to come to the agency and try an international search with us.

Ioanna came to the local office and was amazed to see so many wedding photos on the walls of the office! But she still had doubts about the success of her own search. David didn’t trust the agency much as well. He was sure that writing letters was just a silly business for somebody. He wanted to have direct contacts with Ioanna the sooner the better to be sure he is speaking to a real woman, while she was afraid of exchanging direct contacts so fast. They decided that video conversation will be the best decision in their situation.

Because of quarantine limits, the day of video conversation was put off again and again. At last, when the day of video conversation was fixed, Ioanna had to go to the agency when it was an awful rainstorm. But she didn’t change her decision and got to the agency wet and upset… Well, the very first minutes of Skype conversation changed her mood to complete happiness: when she and David saw each other it was a true love from the first Skype! Both literally burst into tears seeing that their vis-a-vis is real and looks the same as on the photos!

After this first video chat David and Ioanna exchanged contacts and started their long Skype love story. For 3 months they were having dinner, watching movies, spending weekends with their camera on, trying to reach each other with the help of modern gadgets.

David spoke some Russian and it helped a lot. Ioanna decided to learn English for her beloved man. David in his turn did his best to court Ioanna even being so far away, and sent her flowers and presents.

After some time David started speaking about marriage. He even proposed to Ioanna on-line, without meeting her in real life! They began to work on papers, so Ioanna could follow David soon after their wedding in Ukraine. At last, David arrived in Ukraine at the beginning of October 2020. And they had a white wedding and church ceremony on October, 16th. You know what? It was raining heavily this day. Isn’t that a sign of their right choice and happy family life for years? :)

UPD: in October 2022 Ioanna and David got a baby girl! We send you our best thoughts and wishes to the happy parents! 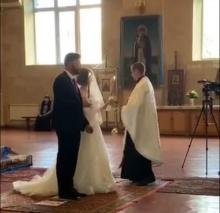 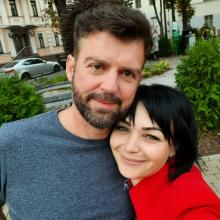 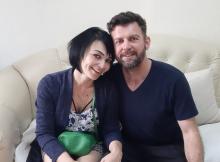