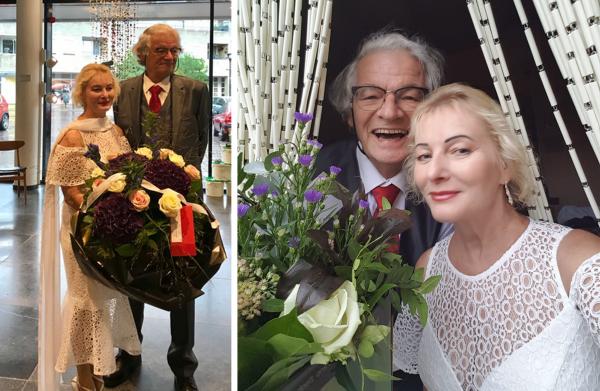 Congratulations to our just-married couple Karolina and Harry! No limitations caused by COVID-19 and delays with their wedding could not stop them from being together!

Karolina and Harry exchanged their first letters back in November 2018. And in a month the lady agreed to give Harry her direct contacts. Harry confessed to her that he was talking to several ladies and Karolina had doubts about his serious intentions. But after being at the dating agency for 1 year she didn’t mind to give the man a chance to choose her among the others.

Harry came to Nikolaev in January 2019, after 3 months of letters exchange. Karolina and Harry didn’t have any video chats but as Harry was going to meet 3 more ladies, he was ready to take a trip. To the lady’s surprise, Harry appeared to be a pleasant, determined, and complacent man. And Harry understood that Karolina was his type of woman -  they both were eager to continue and develop communication.

Then it was Karolina’s turn to visit Harry’s place. She flew to the Netherlands in February 2019. They had an unforgettable time in Maastricht, Carolina liked the country and Harry’s life there. Harry shared with us that "Karolina then visited  the Netherlands, we've decided on Valentine's day we want to stay together forever!" She was ready to become a serious part of his life there. Karolina returned to Ukraine and they started to make papers for legal marriage in the Netherlands. That was a long process but the most difficult part of their love story was during the spring and summer of 2020 when the borders of both countries were closed because of corona-virus. Karolina was in Ukraine, Harry was in the Netherlands and they were not able to visit each other. At last, Karolina managed to make special permission to enter the Netherlands which SlavicGirl agency team helped her to acquire.

The long-desired wedding on the couple took place in Maastricht on September 29, 2020. Afterward, they spent a vacation in Amsterdam and celebrated Karolina's birthday there.
Karolina and Harry use English to talk to each other and it helped their communication a lot that Karolina knew some English at the beginning of their dating. Harry and Karolina both have several grown-up independent children. So, now they have a wonderful chance to concentrate on their feelings and common travels! We hope that their new family will enjoy many years of happiness and love! 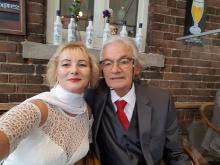 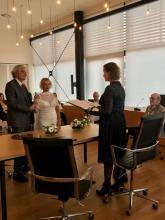 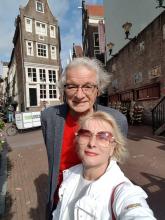