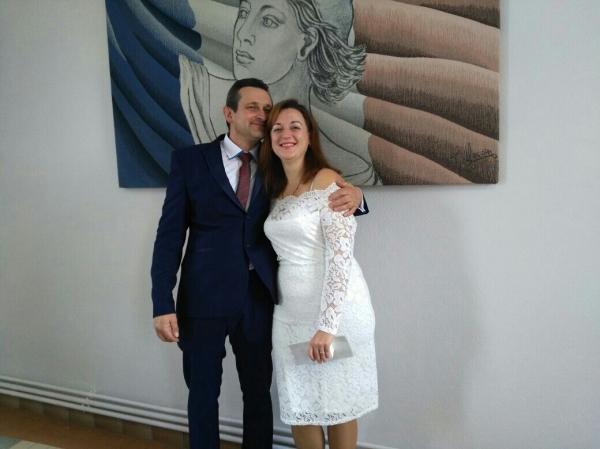 Olga came to the SlavicGirl marriage agency because she heard a lot of good about it. Being a classmate of one of SlavicGirl team members, she chose her as her translator. Olga didn’t know French, but spoke English a little. She had a little son of 11 years old and dreamed to have a full family again.

Allan is a real gentleman, serious and family-oriented. He spent years searching for his significant other. Once the man came to Mykolaiv and occasionally saw Olga’s photo in the agency. He liked her and invited for a date without any prior correspondence. Olga was actively searching for life partner and agreed for a meeting. Luckily they liked each other! On the second and third dates Allan already got acquainted with Olga’s mother and son.

When the man left, he continued to correspond with Olga. It should be noted that he was quite careful and reserved, as he had some controversial thoughts about dating industry. However, Olga showed her openness, independence and won Allan’s trust step by step.

Allan visited Mykolaiv a couple of times more. He wanted to communicate with his beloved freely, so he ordered language courses for her. After a while Allan invited Olga to visit him. They spent a week in France traveling. Then she went to Ukraine and came back with her son. Olga and Allan had a wonderful vacation in Spain together with their 4 children.

In September 2017 the happy couple announced about their nuptial in France. Nowadays Olga’s son studies at school in France. Olga attends language courses, plans to get a driving license and dreams to have an official job there. We wish her luck in her aspirations! :) 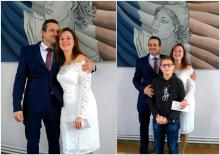